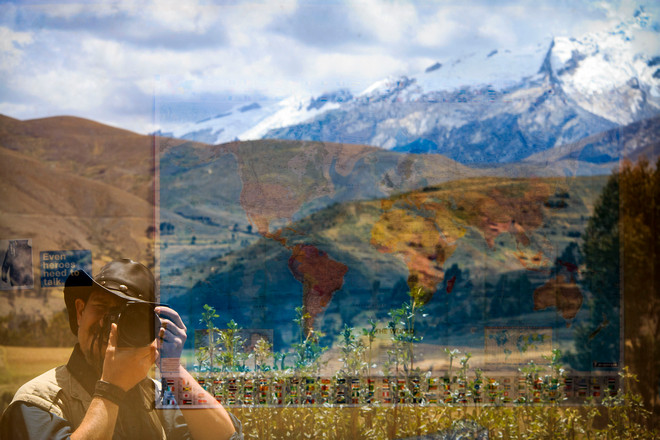 "Todd Dubè is an international travel, documentary, adventure, landscape, and street photographer who's also a podcaster (www.escapingthecave.com) and has worked around the country as a radio personality, MLB cameraman, artist assistant, and even spent two weeks with a traveling carnival.

Always keenly curious and observant, Dubé unwittingly began honing his photographic eye while backpacking, hitchhiking, and even train hopping around the US and Latin America with a point and click in his pocket. Finally, on a backpacking trip from Mexico thru Colombia in 2015, something clicked and a voice from above said, "Hey! Dummy! You might actually be good at this if you, you know, TRIED!"

After that trip, he returned home, invested in gear, spent the summer of 2015 on the streets of Chicago learning the new equipment then set off for South America again that October for a winter tour of Peru. Two of these incredible months were spent documenting an off-the-grid permaculture school/hostel founded by an old travel buddy who'd tackled South America in 2011 with no more than $500 and gall. This initial documentary was conceived as a "trial by fire": to see if he could "really" do it and whether he'd bring anything back. Did he ever. Sales began immediately and, after a busy year on the Chicago/Michigan art show circuit, the documentary was finally completed."

Most of the photos can be found here.

Another Colombia-Peru trip, this time targeting Cartagena, Bogota, Salento, and the Amazon River from Leticia to Iquitos, took place in the winter of 2017-18. Check back later for those photos and others.

Images can be printed on various papers and mediums and are available. Reach out via the website's form or directly at [email protected] and we'll discuss pricing. I'm not striving to build a photography "brand" empire; prefer to deal with folks directly!